Brazen Chariots: An Account of Tank Warfare in the Western Desert, November–December 1941 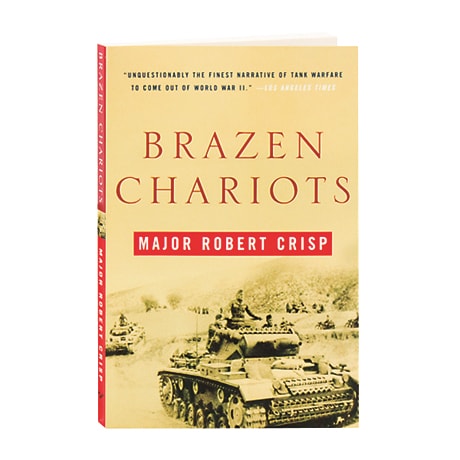 Brazen Chariots: An Account of Tank Warfare in the Western Desert, November–December 1941

First published in 1959, this war memoir by a former major in the British Army takes us to the desert war in North Africa in 1941, when Hitler seemed unstoppable and one of his most capable generals, Erwin Rommel, commanded the formidable Afrika Korps. In gripping detail, Robert Crisp recounts Operation Crusader, the great tank battle waged against Rommel's divisions on the borders of Egypt.

"Unquestionably the finest narrative of tank warfare to come out of World War II."—LA Times

"A story that belongs on the first rank of combat books. Author Robert Crisp, a journalist in peacetime, describes a kind of war that would seem a surrealist's vision if his style were not so clear, his recollections not so firmly founded in painful reality."—Time