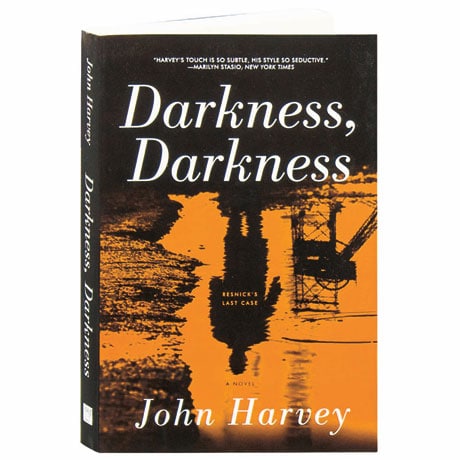 The Miners' Strike of 1984 threatened to tear England apart, turning neighbor against neighbor, husband against wife, father against son, and creating enmities that still smolder 30 years later. Charlie Resnick, recently promoted to Detective Inspector at the time and ambivalent, at best, about some of the tactics used by police during the dispute, had run a surveillance-gathering unit. But for Resnick, now in virtual retirement, the discovery of the body of a young woman who disappeared during the strike brings him back to the front line to assist in investigating her murder—and forces him to confront his past—in what will assuredly be his last case, as well as the final Charlie Resnick novel from CWA Diamond Dagger winner John Harvey.

"Casting the narrative in two time frames allows Harvey to show us both the Resnick that was (an intelligence officer, reluctantly sending undercover agents to spy on the desperate miners) and the Resnick that is (an older and wiser man with even more regrets).... Every action has its parallel, every voice has an echo, and all the sharply drawn working-class characters are as complicated today as they were back then. 'Long memories, some people,' one former miner says of his neighbors, and maybe himself. 'Resentments, buried deep.' Once upon a time, those geezers puttering around in their gardens were young and dangerous, and it's Resnick's job to find the murderer among them. But reliving the past has been a painful experience, and by the end of the novel he seems genuinely content to sit on a bench 'watching the good folk of Nottingham go about their daily business' without him."—NYTBR