Duel: Alexander Hamilton, Aaron Burr, And The Future Of America 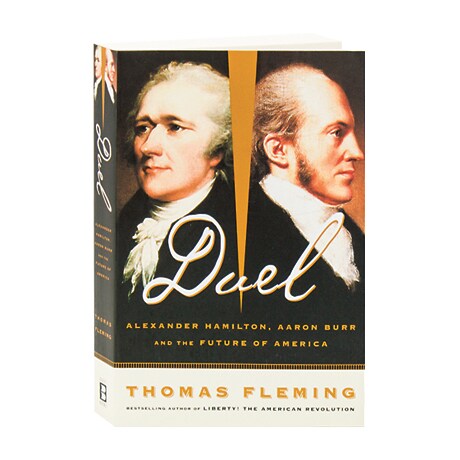 Duel: Alexander Hamilton, Aaron Burr, And The Future Of America

The Founding Fathers have often been portrayed as like-minded and altogether benevolent, with the duel between Alexander Hamilton and Aaron Burr nothing more than an anomaly. In this remarkable retelling, the author of The Perils of Peace and Washington's Secret War takes us to the post-revolutionary world of 1804, when the success of the French Revolution prompted Hamilton and Burr to follow their own wildly ambitious political fantasies at a time when the fledgling Federal government was perceived as ineffectual. As Thomas Fleming details here, these friends were destined to become enemies, and only their fateful duel prevented their rivalry from destabilizing the fragile American republic.

"Sex, violence, treason—Thomas Fleming's Duel has them all, painted in quick, copious strokes. By telling the story of two self-doomed outsiders, Fleming shows the dark side of an era—and of American politics."—Richard Brookhiser