Gretel and the Case of the Missing Frog Prints: A Brothers Grimm Mystery 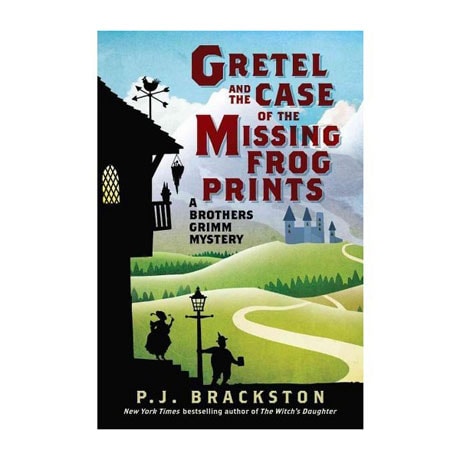 Gretel and the Case of the Missing Frog Prints: A Brothers Grimm Mystery

Bavaria, 1776. When Albrecht Dürer the Much Much Younger's treasured Frog Prints go missing, he knows exactly where to turn for help. Now 35 and still living with her gluttonous brother Hans, Gretel is the country's most famous private investigator, and she leaps at the opportunity to travel to cosmopolitan Nuremberg to take on the case, in this debut mystery in the series from 2015. But amid the hubbub of the city's annual sausage festival, Gretel struggles to find any clues that point toward the elusive thief. Even with the aid of the chatty mice living under her bed, the absent prints remain stubbornly out of view, and Gretel is forced to get creative in her search for the truth.

"If the Brontë sisters had penned magical realism, this would have been the result."—Guardian (London)

"Dances a fine line between spoof and satire, with a hearty mix of fairy-tale lore thrown in. Larger-than-life characters are balanced with a smart plot that is sure to appeal to fans of Jasper Fforde's 'Nursery Crime' series."—Library Journal