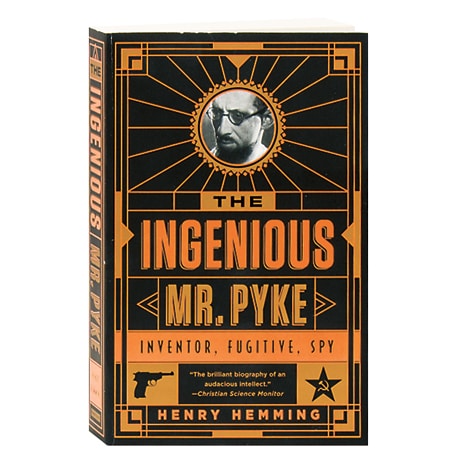 An inventor, adventurer, polymath, and unlikely hero of both world wars, Geoffrey Pyke escaped from a prison camp in World War I Germany, earned a fortune on the stock market, founded an influential preschool, devised an ingenious plan to help the Republicans in the Spanish Civil War, and even convinced Winston Churchill to build an aircraft carrier out of reinforced ice. He may also have been a Russian spy, and after papers relating to Pyke were found with Cambridge Five spy ring member Guy Burgess, MI5 kept Pyke under surveillance and helped destroy his career. Henry Hemming sifts through recently released documents to tell Pyke's astonishing story in full.

"The book is not only newsworthy but also has an imaginative structure. [Pyke] was intrepid, brilliant, and bizarre."—NYTimes