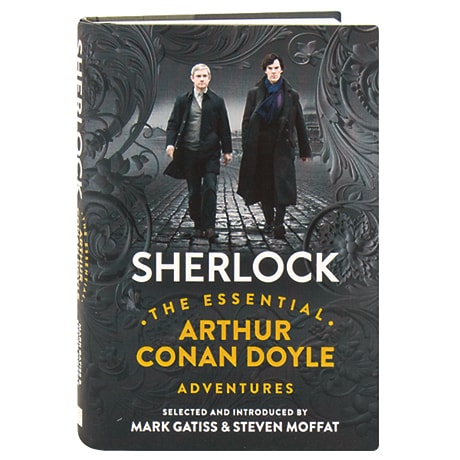 The creators of the hit BBC series Sherlock, Steven Moffat and Mark Gatiss here present their own favorite Sherlock Holmes adventures. Each of these 19 tales—from Sherlock's first appearance in A Study in Scarlet to the late classic The Dying Detective—is a potent mix of murder, suspense, cryptic clues, red herrings, revenge, and forensic science, delivered in Arthur Conan Doyle's bold storytelling style, with introductory comments from Gatiss and Moffat.

"Targeted at the many, mostly young fans of the TV show who may have never read Conan Doyle's original texts ... [this book] will have fulfilled its purpose admirably if it succeeds in introducing a new generation to one of the world's greatest authors of popular fiction."—Publishers Weekly