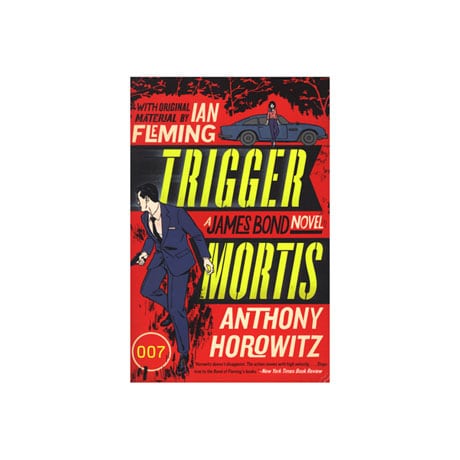 In this spirited homage to Ian Fleming's timeless hero, the author of Moriarty and screenwriter for Midsomer Murders and Foyle's War gives us James Bond just after his victory over criminal mastermind Auric Goldfinger. With glamorous Pussy Galore by his side, Bond arrives home from America to find that Soviet counterintelligence agency SMERSH intends to sabotage an international Grand Prix. Bond must play a high-speed game of cat and mouse on the track to stop them, but a chance encounter with a mysterious Korean millionaire reveals that the plot is merely the opening gambit in a master plan that could see the USSR as the only superpower in space.

"[Anthony] Horowitz has written a humdinger of a Bond story, so cunningly crafted and thrillingly paced that 007's creator would have been happy to have owned it.... From his brilliant first chapter on, Horowitz is a pitch-perfect mimic of the Fleming one-line punch.... He even gets the clichés spot on."—Financial Times (London)

"The heart of any good thriller is the plot, and ... Horowitz doesn't disappoint. The action moves with high velocity ... [and] also stays true to the Bond of Fleming's books."—NYTBR