White Trash: The 400-Year Untold History of Class in America 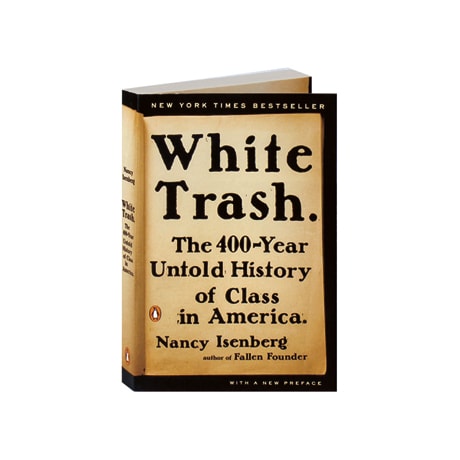 White Trash: The 400-Year Untold History of Class in America

(Nominated for the 2017 PEN/John Kenneth Galbraith Award, a finalist for the 2016 Los Angeles Times Book Prize in History, and one of the New York Times Book Review's 100 Notable Books of 2016) In her "masterly and ambitious cultural history of changing concepts of class and inferiority" (New York Times Book Review), Nancy Isenberg posits that the voters who boosted Trump all the way to the White House have always been part of our American fabric. Surveying political rhetoric and policy, popular literature, and scientific theories over 400 years, she upends assumptions about America's supposedly class-free society, where liberty and hard work were meant to ensure real social mobility. Poor whites were central to the rise of the Republican Party in the early 19th century, and the Civil War itself was fought over class issues nearly as much as it was fought over slavery. The Reconstruction pitted poor white trash against newly freed slaves, and these "ill-bred" whites were also a factor in the rise of eugenics, a widely popular movement that targeted poor whites for sterilization. These poor were at the heart of New Deal reforms and LBJ's Great Society, and they haunt us today in reality TV shows like Here Comes Honey Boo Boo and Duck Dynasty. Marginalized as a class, white trash have always been at or near the center of major political debates over the character of the American identity. Even as we acknowledge racial injustice as an ugly stain on our nation's history, argues Isenberg, we will have to face the truth about the enduring, malevolent nature of class as well.

"A gritty and sprawling assault on ... American mythmaking."—Washington Post

"A bracing reminder of the persistent contempt for the white underclass."—Atlantic