Wild Sex: The Science Behind Mating in the Animal Kingdom 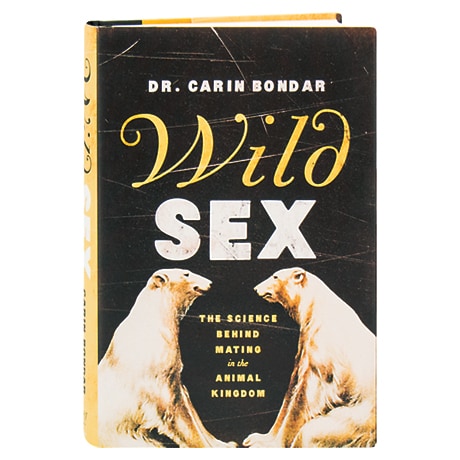 Wild Sex: The Science Behind Mating in the Animal Kingdom

It's not just the birds and the bees; every member of the animal kingdom does it, from fruit flies to blue whales. And if you think humans have a tough time dating, try having to do it while being hunted down by predators, or any of a plethora of life-threatening conditions. Inspired by her hugely popular web program series on sex in the animal kingdom, population ecologist Carin Bondar investigates a wide range of topics, from whether animals experience pleasure from sex to what happens when females hold the reproductive power. Along the way, she encounters razor-sharp penises, murderous carnal cannibals, and spontaneous chemical warfare in an epic battle between the sexes.

"Bondar's fascinating study is a sort of 'everything you wanted to know about wildlife sex but were afraid to ask.' Nookie in the wild is a complete stranger to political correctness. It reads more like the depraved antics of the Greek gods or the nobles in Game of Thrones."—Daily Express (London)