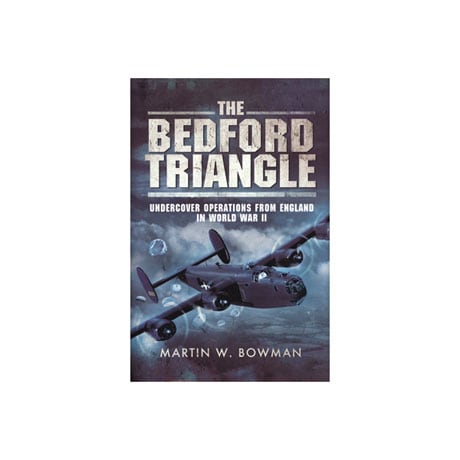 Officially, Milton Ernest Hall in Bedfordshire was the headquarters in Britain of the U.S. Army Air Force Service Command during World War II. It was also a base for Britain's clandestine Special Operations Executive (SOE), located at the center of a small patch of real estate that included Bletchley Park and a network of top-secret transmitting stations, political warfare units, and espionage organizations like the Office of Strategic Services, forerunner to the CIA. British military historian Martin Bowman presents firsthand accounts and documents to reveal tantalizing glimpses of cloak-and-dagger operations around Bedford, including evidence suggesting that the disappearance of bandleader Glenn Miller in December 1944 was no accident.