Rather Die Fighting: A Memoir of World War II 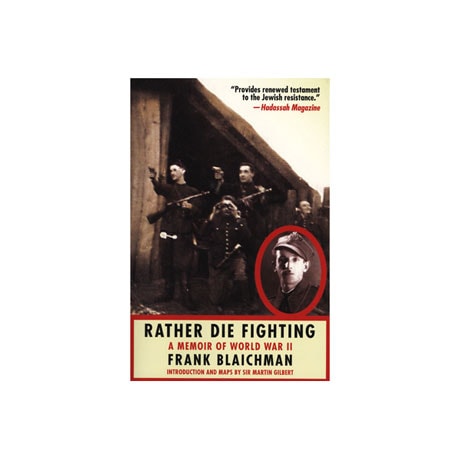 Rather Die Fighting: A Memoir of World War II

Only 16 years old when the Germans invaded Poland, Frank Blaichman saw his friends and neighbors conscripted to work as slave laborers. His uncle was taken outside his home and shot for preparing kosher meat; a few weeks later, one of his cousins was shot in her bed. Blaichman refused to give up without a fight; before the Jews of his village were rounded up and deported, he slipped into the forest to join other Jewish escapees. Here he tells his story, from helping to form unarmed defensive units to their arming and organizing with the Polish People's Army, and his eventual emigration to America with his wife Cesia Pomeranc, a fellow partisan.