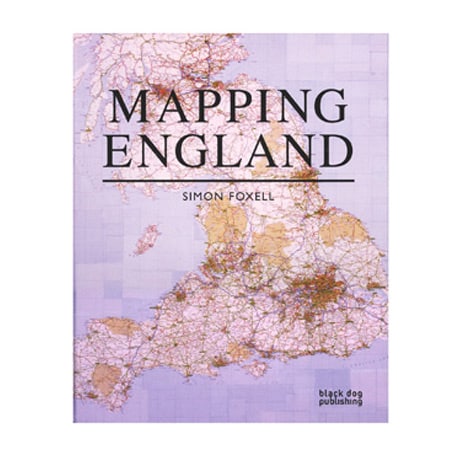 In this insightful, far-ranging follow-up to Mapping London, British architect Simon Foxell explores maps of roads, cities, regions, and the country as a whole to show how England has regarded itself through the centuries. More than a hundred large and beautifully reproduced examples are presented, from the oldest known surviving map of Britain, the Mappa Mundi (circa 1025), to a 21st-century map of English Heritage sites. Though often created purely for practical reasons, they frequently and unconsciously reveal the true state of the nation, and Foxell includes a number of maps that set out to reflect English identity—or chart an entirely imaginary landscape.

"The dozens of fabulous and fantastical maps that the book includes—from the Gough Map of 1360 (England's first road map) to the surreal fantasy-maps of the artist Layla Curtis, conjuring an England crammed with Japanese place names—certainly make one think about 'national identity'."—Times (London)

"Maps of the British Isles going back 450 years. Try looking at the 1940 German board game based on air battles for England without shuddering."—Daily Telegraph (London)