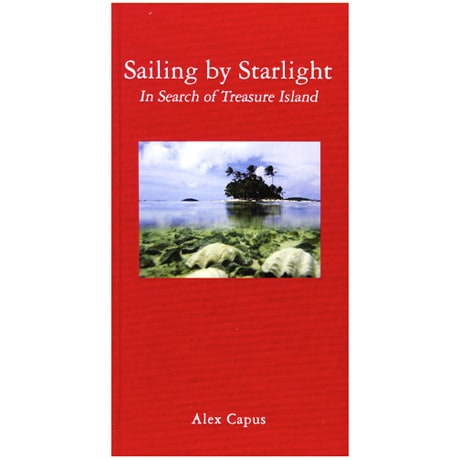 On a long trip around the Pacific Islands with the idea of writing articles for American periodicals, Robert Louis Stevenson, traveling with his wife and stepson, had no notion of stopping at Samoa when their ship made landfall in December 1889. Yet, only six weeks later, at the age of 39, he would invest all of his assets in a patch of impenetrable jungle and spend the rest of his life there. In this literary investigation, Alex Capus connects the loss of a Spanish vessel laden with gold and jewels in the South Seas, the burial of treasure, an ancient map, and a long and dangerous voyage across the Pacific, to prove that Stevenson's Treasure Island was based on a real place; in fact, he posits, it was for this reason alone that Stevenson settled in Samoa.

"Confiding, easy-going, intimate, the writer spins a new—a mind-bendingly new—account from this well-worn cloth. Fluent, charming, but mischievous, the story slips past like a tantalizing vision."—The Independent (UK)