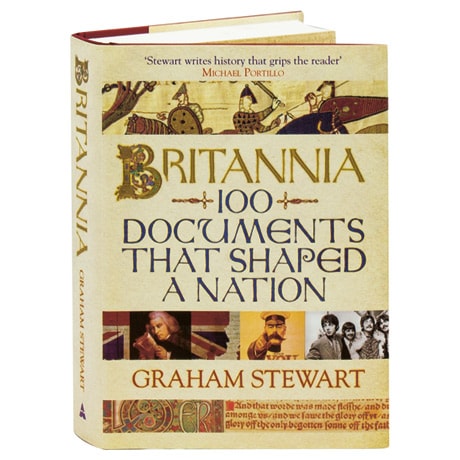 A journalist and historian with London's Times, Graham Stewart traces 2,000 years in the progress of an island nation through 100 documents. From the 8th-century Lindisfarne Gospels to that testament of Norman bureaucracy, the Domesday Book, from the designs for the Union Jack in 1606 to Neville Chamberlain's misguided 1938 Munich agreement with Hitler, these works, treaties, charters, and other records embrace the full range of British endeavor. Here too you'll find the first edition of the Times, the rules of the newly formed Marylebone Cricket Club, the designs for Stephenson's Rocket, the Catholic Emancipation Act, Lord Kitchener's iconic First World War recruitment poster, Clause Four of the Labour Party's constitution, and the Beatles' Sgt. Pepper album cover.