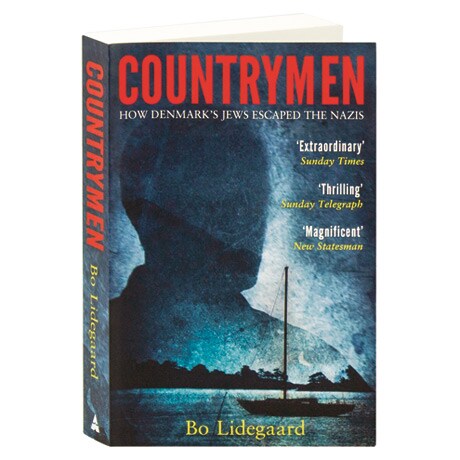 Denmark, under German occupation in World War II (though with its king and government intact), did something that no other European country attempted; learning that the Nazis were about to round up the country's 7,000 Jews for deportation, the king, his ministers, and parliament all agreed that these Jews were Danish citizens first. The warning went out to the Jewish community, and over 14 harrowing days, while the government used its limited powers to impede matters in Berlin, ordinary Danish citizens spontaneously protected and hid their Jewish fellows, helping them make a mass escape to neutral Sweden. A former diplomat, now the editor in chief of Denmark's leading newspaper, Bo Lidegaard reconstructs the events of this remarkable exodus day by day, quoting from official records and the diaries and documents of families forced to flee, and those who came to their aid.

"One of the few feel-good stories to emerge from the Holocaust was the protection and eventual rescue of the approximately 7,000 Danish Jews by their fellow Gentile Danish citizens, escaping a scheduled roundup by Nazi occupiers.... As [the author] points out, this mass rescue was extraordinary, since the population and governments of other occupied nations rarely protected their fellow Jewish countrymen.... [The account] proceeds on two tracks: the Nazi plans for roundup and the Danish plans to defeat it. The Danish government, including the king, had advance notice of the Nazi plan. A policy of delay and obstruction bought time, which allowed ordinary citizens to organize transport of almost all of the Jews to Sweden. This is a tense, inspiring story of the resistance to oppression by a united people."—Booklist