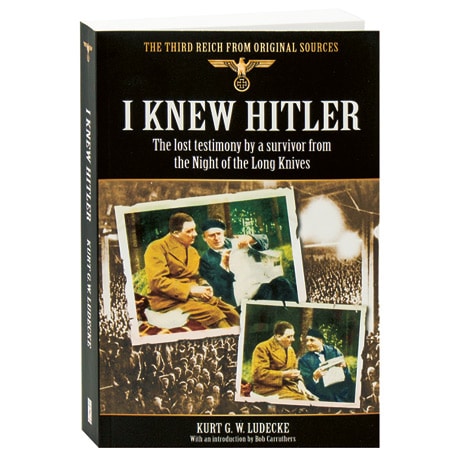 First published in 1938, this memoir traces the fortunes of Adolf Hitler from the Austria of his youth to Berlin on the eve of World War II. Kurt Ludecke was a former confidant of Hitler's who found himself on the wrong side of the political equation after the Führer came to power. As the vicious rivalry between the paramilitary SS and SA organizations threatened to engulf him, Hitler finally ordered the arrest and execution of many senior SA figures during the Night of the Long Knives, including their leader Ernst Röhm. Ludecke was incarcerated twice on Hitler's orders before escaping to Switzerland. Though once dismissed as biased, his memoir is now acknowledged as a readable, reliable, and essential source.