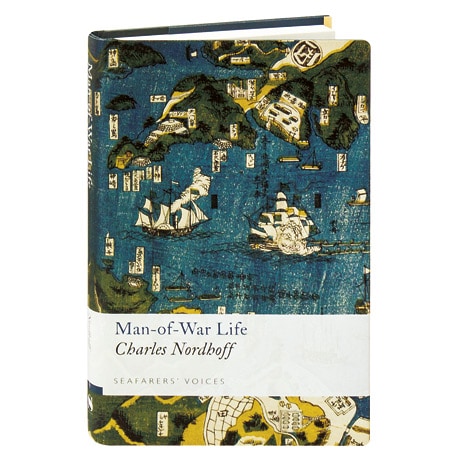 A boy barely 14 years old in 1844, Charles Nordhoff wanted adventure, and managed to talk his way into the U.S. Navy. Better educated than most of his fellow seamen, he was well equipped to describe his experiences. He was also lucky in his ship, the USS Columbus, a 74-gun tall ship that was soon sent on a diplomatic mission to China and then to Japan, hoping to open the latter to American trade. On his three-year cruise Nordhoff saw much of Southeast Asia and the Far East before crossing the Pacific, visiting South America, and rounding Cape Horn before finally returning to Norfolk, Virginia, having crossed the Equator six times. His memoir, as Vincent McInerney notes in his introduction, "is a masterpiece of unvarnished description that perhaps tells better than any other the real nature of life below decks in a man-of-war."