Prepared for the Worst 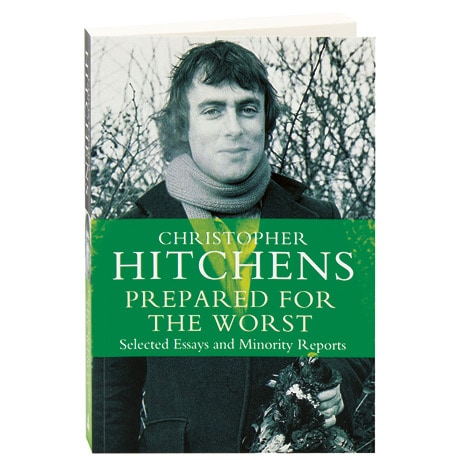 Prepared for the Worst

I suppose that, if this collection has a point, it is the desire of one individual to see the idea of confrontation kept alive, noted Christopher Hitchens in the introduction to his 1988 book. Gathering the best of his essays of the 1980s—including those published on both sides of the Atlantic—it confirms his reputation as a bold commentator who combined intellectual tenacity with mordant wit, whether he was writing about the intrigues of Reagan's Washington, the work of Tom Paine, or the man who was George Orwell. Here too is Hitchens reporting with sympathy as well as toughness from places like Beirut and Bombay, Warsaw and Managua.

"Hitchens has written a great deal of bracing good sense on politics and literature ... and much of it has been collected between the covers of this well-packed book. Since these pieces originally appeared in journals as wide-ranging as the TLS, Grand Street, Harper's, Mother Jones, the Nation and Spectator, only the most avid admirer would be likely to have come across them all. In addition to the predictable, eloquent Reagan-bashing, there are thoughtful essays on Paul Scott and his Raj Quartet, the contradictions of George Orwell, the Brideshead phenomenon, [and] that very independent-minded Israeli Professor Israel Shahak.... Hitchens writes clearly, from a well-stocked mind, and is free of the cant that affects many political journalists. Why the kinds of views that he and his very kindred spirit Alexander Cockburn express so well never receive an airing on TV, where they would reach a much wider audience, remains a source of shame to a supposedly free medium. In any case, book (and magazine) readers can feel fortunate that publishers suffer no such self-imposed restraints."—Publishers Weekly