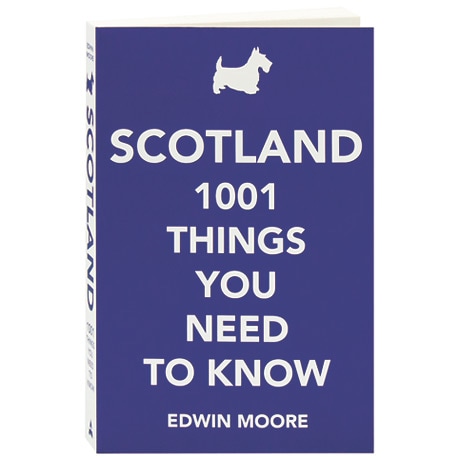 As the proud possessors of a fiercely independent creative heritage, the Scots have produced an indomitable and influential bunch of thinkers, drinkers, poets, and artists. Variously describing the significance of the Battle of Flodden, how to make haggis, the ten great Highland lochs, and the highs and lows of Scottish football history, Edwin Moore has gathered together more than 1,001 facts about Scotland's monarchs, heroes, and rogues; its often-turbulent history; and its contributions to science, art, and cinema. Along with brief biographical sketches of great Scots, here too are introductions to the region's most characteristic music, architecture, folk tales, and of course, beverages.