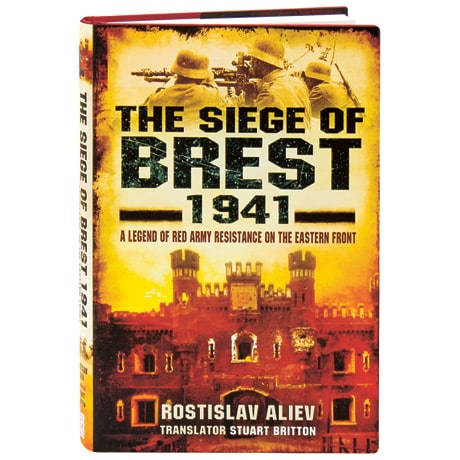 At 3 AM on June 22, 1941, the first German shells smashed into the Soviet frontier fortress of Brest; Hitler's Operation Barbarossa had begun. Meeting little resistance, the Wehrmacht advanced rapidly, but the isolated stronghold of Brest held out, as the city's garrison put up a tenacious resistance against an entire German division. In this gripping narrative, Rostislav Aliev describes the fighting in vivid detail, hour by hour, while stripping away the myths that have grown up around one of the most revered examples of Soviet heroism in World War II. First published in Russia in 2008, Aliev's book also draws upon his correspondence with German veterans and their families, adding a new dimension to our understanding of this battle.