The Tyrants of Syracuse 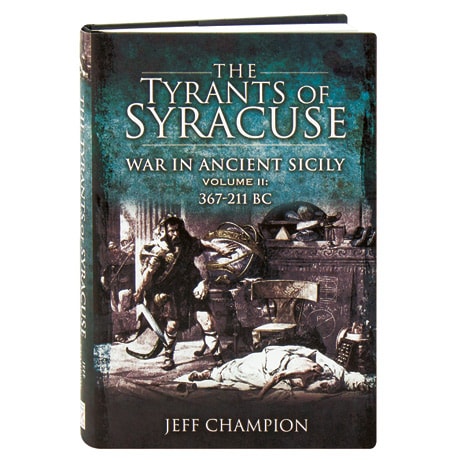 The Tyrants of Syracuse

Situated at the heart of the Mediterranean, ancient Syracuse was caught in the middle as Carthage, Athens, and then Rome battled to gain control of Sicily in the 3rd and 4th centuries BC. The threat of expansionist enemies on all sides made for an unstable situation within the city, resulting in the rise of such tyrants as Gelon, Timoleon, and Dionysius—and likewise precipitating a series of coups and power struggles. Jeff Champion traces the course of Syracuse's eventful history from the suspicious 367 BC death of Dionysus I to the epic siege 150 years later that culminated in the death of the scientist Archimedes and Rome's seizing of the city—an event with far-reaching ramifications for the Greek world.