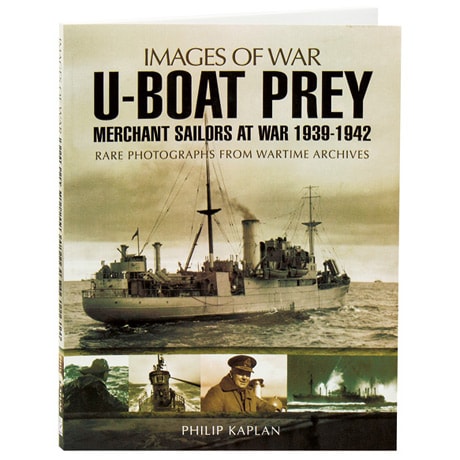 During the first stages of World War II, trade and supply routes to Britain were suddenly at great risk, with the German U-boat fleet seemingly in command of the Atlantic. As Philip Kaplan relates here, a stalwart team of merchant sailors rose to the occasion, protecting vital supplies for the military as well as the British public. The images here include dramatic combat views, glimpses of the sailors' attempts at rest and recreation, and propaganda posters urging families on the home front to be frugal. This book is part of a series that delves deeper into various aspects of the world wars, using more than 100 captioned black and white photographs—some of which have not appeared in print before—to provide an inside look at soldiers on the battlefield and behind the scenes.