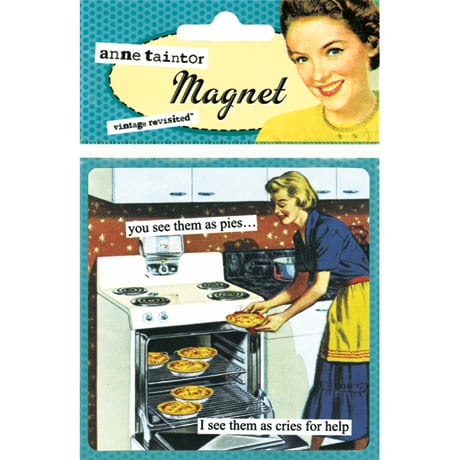 She might be starting a home baking business—or simply trying to out-compete every other mother at the bake sale—as she pulls six pies from the oven: "you see them as pies ... I see them as cries for help." The snarky, ironic wit of Anne Taintor manifests itself in the cutout captions she applies to colorful magazine and advertising images from decades past. This flat magnet (just under 3½ inches square) is one in a series featuring her hilariously acerbic office gals, domestic divas, and party girls (and the occasional suit), commenting on gender stereotypes, American consumerism, and a certain ambivalence toward behaving oneself.