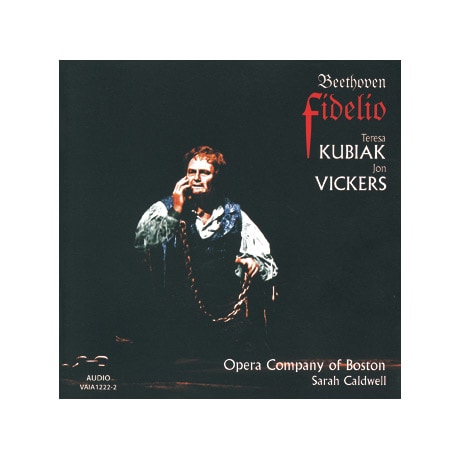 One of the world's greatest heroic tenors, Jon Vickers is Florestan, paired with Teresa Kubiak—a gifted Polish soprano who was a Metropolitan Opera regular—in the role of Leonore, in this live, 1976 taping of Beethoven's operatic masterpiece. Donald Gramm, Mac Morgan, and Richard Van Allan round out the cast, and the versatile Sarah Caldwell conducts with an intensity that mirrors her stars' superb portrayals.

"Some speculate that Caldwell the conductor was often saved by excellent pit musicians, some from the Boston Symphony. Live recordings, however, reveal electric ensemble work in Beethoven's Fidelio that could be no accident, even though the orchestra size was tiny."—The Guardian

"Unlike most Eastern bloc singers of her time, Kubiak evidenced no trace of the strident and vibrato-ridden vocalism that kept pleasure at arm's length. Rather, she used her rounded, soft-edged (but steel-cored) instrument to complement her shrewd characterizations…. Although she made too few recordings to please her followers, Kubiak did participate in several projects that won considerable praise."—AllMusic.Com