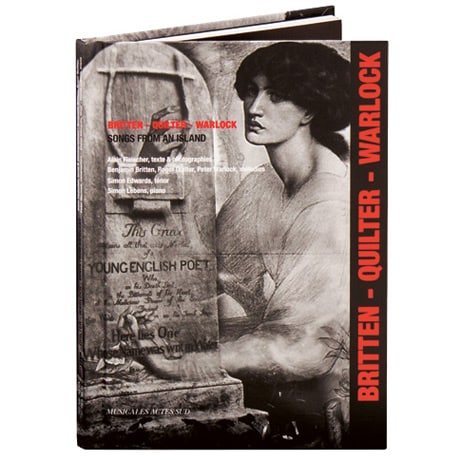 The early 20th century was a golden age for British composers, and here tenor Simon Edwards sings 25 songs from the era. Accompanied by pianist Simon Lebens, Edwards sings Benjamin Britten's "The Ash Grove," "O Waly, Waly," and the song cycle On This Island. A specialist in the composition of art songs, Roger Quilter (1877–1953) is represented by several of his best, "O Mistress Mine," "Love's Philosophy," and "Go, Lovely Rose." Peter Warlock's (1894–1930) "Late Summer," "The Birds," and "Pretty Ring Time" are also among the highlights. This disc is housed in a hardcover book, illustrated with 20 of Alain Fleischer's photomontages, in which images from classic Hollywood films are juxtaposed with texts and scenic backgrounds.