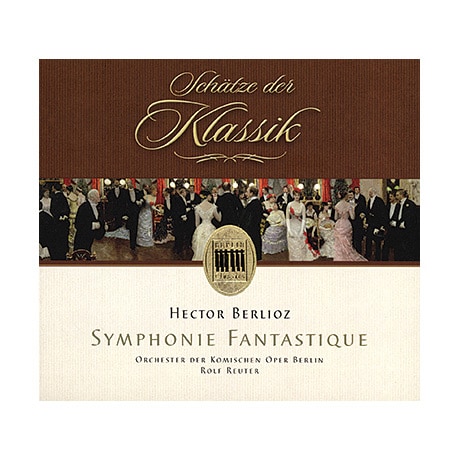 One of the most improbable valentines in history, Hector Berlioz wrote his 1830 Symphonie fantastique to express his infatuation with an Irish actress; in five movements, the Frenchman musically depicts the story of a lovesick opium addict who kills the woman he loves, and is condemned to death. Regardless, Berlioz's masterpiece is the quintessential Romantic symphony, and on this 1990 recording, the Orchester der Komischen plays it the way it was meant to be heard: ecstatically. Under Rolf Reuter's direction, "Un Bal" is flowing and elegant, "Marche au Supplice" is vigorous and menacing, and "Song d'une nuit du sabbat" brings the piece to an exhilarating conclusion.