Birdman: Or (The Unexpected Virtue of Ignorance) 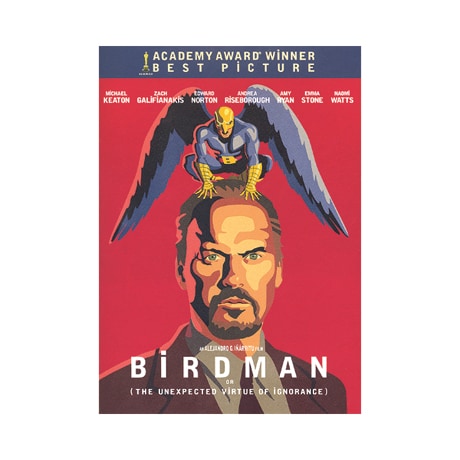 Birdman: Or (The Unexpected Virtue of Ignorance)

(Academy Award Winner for Best Picture, Director, Screenplay, and Cinematography; also nominated for Best Actor/Michael Keaton, Supporting Actor/Edward Norton, and Supporting Actress/Emma Stone) Famous for playing the superhero Birdman in a film trilogy two decades earlier, Riggan Thompson (Michael Keaton) is now attempting to adapt a Raymond Carver short story for Broadway, in this surreal and darkly funny 2014 film. Even as he awkwardly contends with hostile critics and a pompous method actor (Edward Norton), Riggan will still have to deal with his alienated daughter (Emma Stone) and the taunts of Birdman in his head; what will the beleaguered director do when this past version of himself starts appearing to him in the flesh? The DVD includes two featurettes on the making of the film.

"This is grand, spectacular, star-powered cinema—a cosmological blockbuster—that makes us ask again what cinema can do and be."—The Telegraph (UK)