The Pride and the Passion 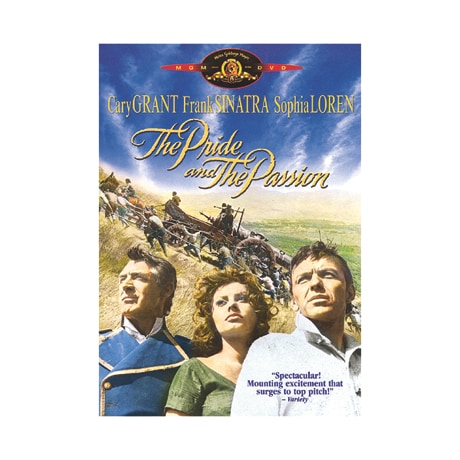 The Pride and the Passion

As Napoleon begins his conquest of Spain, England dispatches Royal Navy artillery officer Captain Anthony Trumbull (Cary Grant) to retrieve a powerful cannon before it can fall into the French army's hands. To do that, Trumbull will have to strike a deal with Miguel (Frank Sinatra), a guerilla fighter eager to drive French forces from his land; the two men already dislike one another, but when Miguel's gorgeous girlfriend (Sophia Loren) falls for Trumbull, all three of them will be in harm's way. Adapted from C.S. Forester's novel The Gun, this 1957 Technicolor film features a score by George Antheil, of Ballet Mécanique fame.