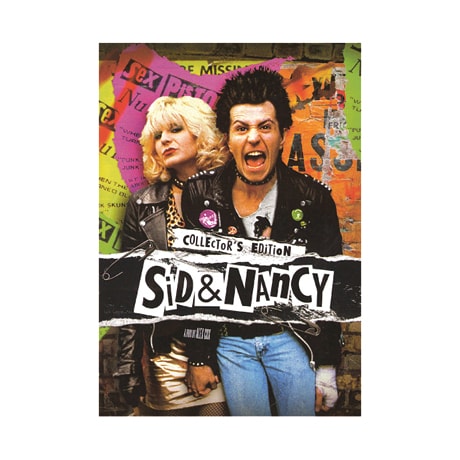 (BAFTA Award Nominee for Best Makeup; National Society of Film Critics Award for Best Actress/Chloe Webb) In this 1986 biopic, Gary Oldman established himself as one of Hollywood's most versatile actors with his uncanny portrayal of punk rocker Sid Vicious. Achieving notoriety with the Sex Pistols, Sid catches the attention of groupie Nancy Spungen (Chloe Webb); as the two become lovers and sink into heroin addiction, they will destroy the band—and ultimately themselves.Look for rockers Nico, Courtney Love, and Iggy Pop in cameo roles, and this Collector's Edition includes two featurettes on Sid and the punk scene.

"Performances like the ones in this film go beyond movie acting and into some kind of evocation of real lives.... If a movie can illuminate the lives of other people who share this planet with us and show us not only how different they are but, how even so, they share the same dreams and hurts, then it deserves to be called great."—Roger Ebert