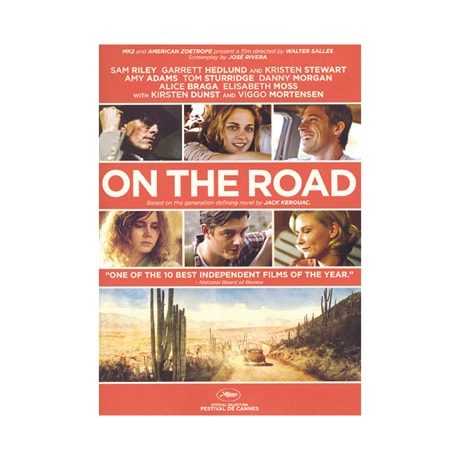 (Palme d'Or Nominee) Nominated for the Palme d'Or in 2012 at the Cannes Film Festival, On the Road is the adaptation of Jack Kerouac's 1957 novel that executive producer Francis Ford Coppola had been trying for three decades to bring to the screen. Garrett Hedlund delivers a standout performance as Dean Moriarty, the rootless, hedonistic young man who inspires Sal Paradise (Sam Riley) to take to the road in postwar America, where he meets many of the drifters who will later be called the Beat generation of writers and artists. Kristen Stewart plays Dean's teenage wife Marylou, with Kirsten Dunst as Dean's girlfriend Camille—and watch for Viggo Mortensen and Amy Adams as thinly veiled versions of William S. Burroughs and his wife Joan Vollmer. The DVD includes deleted scenes.