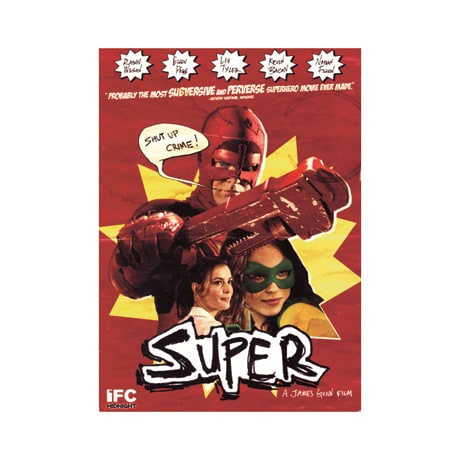 Short-order cook Frank Darbo (Rainn Wilson) has only two things he has ever been happy about: helping to catch a purse snatcher, and marrying his wife, Sarah (Liv Tyler); when Sarah leaves him for a smarmy drug dealer (Kevin Bacon), however, Darbo springs into action. Outfitting himself as a pipe wrench–wielding vigilante named Crimson Bolt, Darbo and his sidekick Boltie (Ellen Page) mete out an extremely violent form of justice to child molesters, vandals, and people who cut in line at the movies. When it comes time to retrieve Sarah from the clutches of a brutal cartel, however, the duo may be in over its head. This 2010 drama is helmed by James Gunn, who later bolstered his superhero credentials by directing Guardians of the Galaxy. Special features include commentary by Gunn and Wilson, a deleted scene, and three featurettes on the making of the movie.