The Voyage of La Amistad: A Quest for Feedom 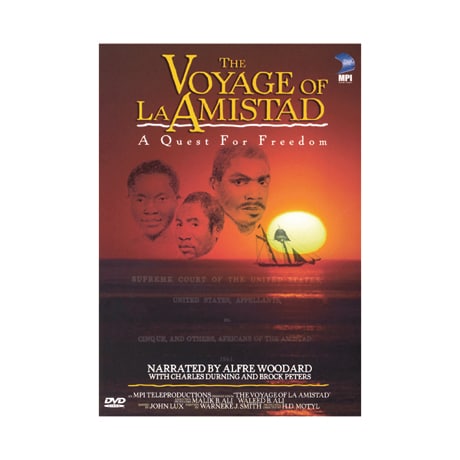 The Voyage of La Amistad: A Quest for Feedom

In 1839, 53 African slaves aboard the schooner La Amistad revolted and killed the entire crew, save for two sailors who helped them to sail east. After a two-month voyage on a zigzag course, the ship was finally captured off of Long Island, where the Africans were jailed and charged with piracy and murder. Alfre Woodard narrates this chronicle of the abducted Africans and their battles for freedom, first on the Amistad and then as they stood trial in a strange land, taking their case all the way to the Supreme Court. Court documents and transcripts, letters written by the Africans and their lawyers, newspaper articles and testimony from present-day scholars recount the history of this seldom-told historical event.