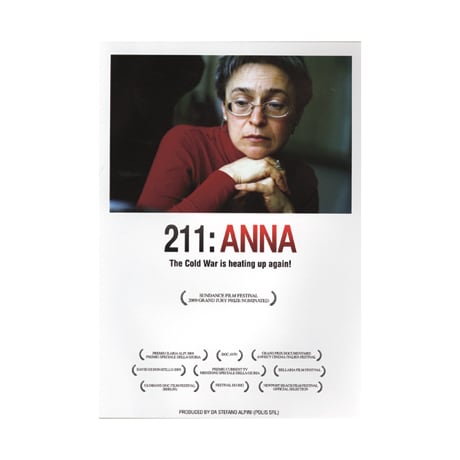 (Nominee for the Grand Jury Prize at the Sundance Film Festival) A tireless critic of Vladimir Putin and Russian human rights abuses in Chechnya, Anna Politkovskaya was found shot to death in the elevator of her apartment building in October 2006, becoming the 211th journalist to be silenced by the allegedly democratic government of the former Soviet Union. In Russian with English subtitles, this compelling 2009 documentary includes archival interviews with Politkovskaya and her family, as well as footage of the 2004 school hostage crisis in Beslan, for which the activist hoped to broker a truce, only to be poisoned before she could arrive.