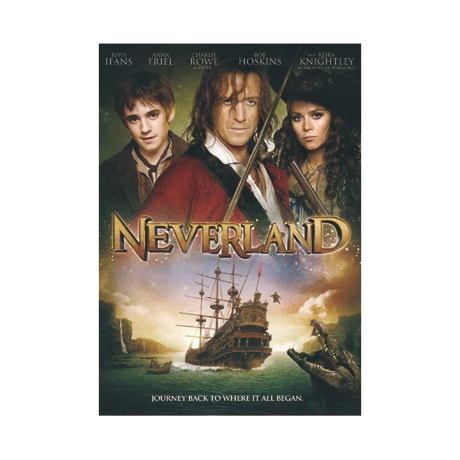 In this 2011 miniseries from the UK—a prequel to the events of Peter Pan—street urchin Peter (Charlie Rowe) attempts to rescue his gang and their ruthless leader, James "Jimmy" Hook (Rhys Ifans) from the clutches of ruthless pirates in the parallel world of Neverland. Along the way, Peter befriends Tiger Lily (Q'orianka Kilcher), Tinkerbell (voiced by Keira Knightley), and alchemist Dr. Richard Fludd (Charles Dance), but quickly finds that he must oppose Hook's increasingly brutal drive to rule this magic realm. DVD extras include director's commentary and four featurettes on the making of the film.