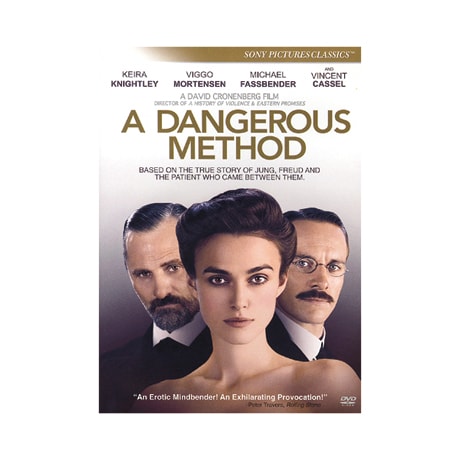 (Winner of the Directors Guild of Canada Award for Feature Film) Elegant, intelligent, and beautifully acted, this 2011 exploration of how the relationship between Carl Jung and Sigmund Freud gave birth to psychoanalysis garnered David Cronenberg a Directors Guild of Canada Award for Feature Film. Viggo Mortensen as Freud was nominated for a Golden Globe Award for Best Supporting Actor, and the Los Angeles Times's Kenneth Turan praised Michael Fassbender's exceptional portrayal of "the aristocratic, restrained Jung." Keira Knightley plays Jung's patient and mistress Sabina Spielrein, a troubled medical student who blackmailed him into referring her to Freud. Extras include commentary with the director, a making-of featurette, and footage of an AFI seminar with Cronenberg.

"A suave chamber piece: a series of glimpses of two 20th-century intellectual titans, in friendship and separation, and the story of a remarkable woman whom history had swallowed up, brought into the light again."—Globe and Mail (Toronto)