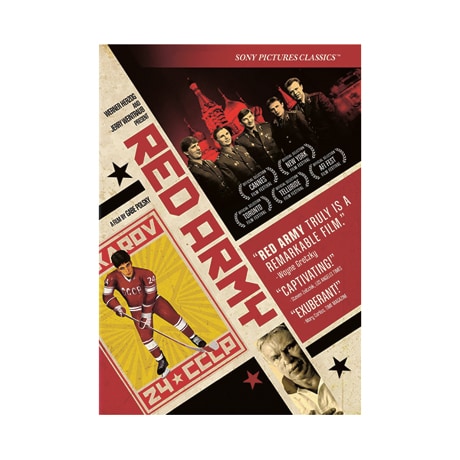 An intriguing chapter of the Cold War transpired out on the ice; as this "playful, poignant" (Time) 2014 documentary recounts, the world of professional hockey was a symbolic battlefield for the Soviet Union for five decades. One of the great dynasties in sports history, the Red Army hockey team's Russian Five dominated the sport in the 1980s, but when communism collapsed, support for hockey essentially vanished; team captain Slava Fetisov later risked his career and his freedom as he led an exodus of Soviet players to America's National Hockey League. Here too is the surprising story of America's "Miracle on Ice" at the 1980 Olympics, as seen from the losing side.

"One of the best documentaries that I have ever seen.... This is as engaging, funny and moving a lesson about recent history as one could ever hope for. And, as tensions between Russia and America approach heights not seen since the Cold War, it offers important insight into the views and experiences that shaped the generation which now holds power in the Kremlin."—Hollywood Reporter