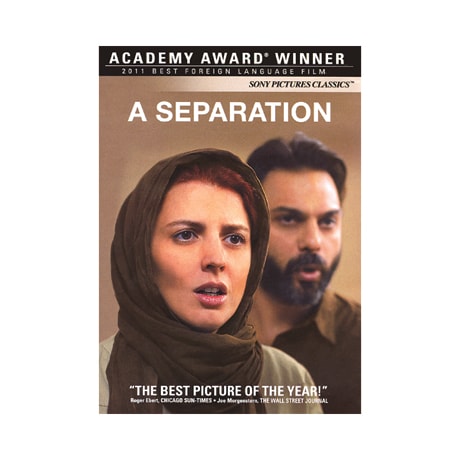 (Academy Award Winner for Best Foreign Film; also nominated for Best Screenplay) Even as Simin (Leila Hatami) plans to leave Iran to provide a better life for her teenage daughter (Sarina Farhadi), she is thwarted by her husband Nader (Peyman Moadi), who is determined to stay behind to care for his ailing father. This Iranian film—in Persian with English subtitles—chronicles how the couple contemplates divorce as plans for leaving fall through. When Nader's lower-class servant has a miscarriage, however, he will be implicated, and his family is threatened with dishonor, financial ruin, and even violence. Ranking the movie as the best of 2011, Roger Ebert said that "[this film] will become one of those enduring masterpieces watched decades from now."

"Apparently simple on a narrative level yet morally, psychologically and socially complex, it succeeds in bringing Iranian society into focus for in a way few other films have done."—The Hollywood Reporter