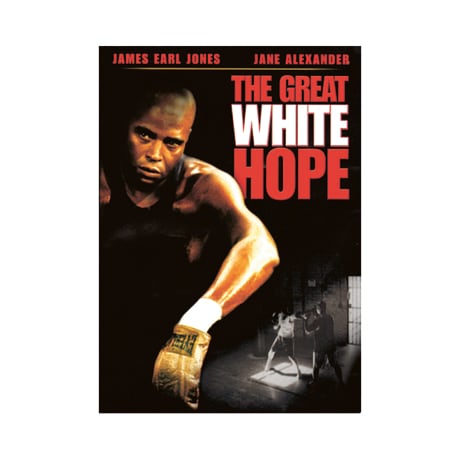 (Winner of the Golden Globe for Most Promising Newcomer/James Earl Jones; Academy Award Nominee for Best Actor/Jones, Best Actress/Jane Alexander) James Earl Jones made the leap from soap operas and TV series to the big screen in this 1970 film, adapted from Howard Sackler's Pulitzer Prize–winning play based on the life of boxer Jack Johnson. Martin Ritt's screen version charts the fighter's career, as he becomes the first black heavyweight boxing champion, as well as the battles he fought in and out of the ring. Jane Alexander portrays Eleanor, the white woman whose relationship with Johnson turns public opinion against him.