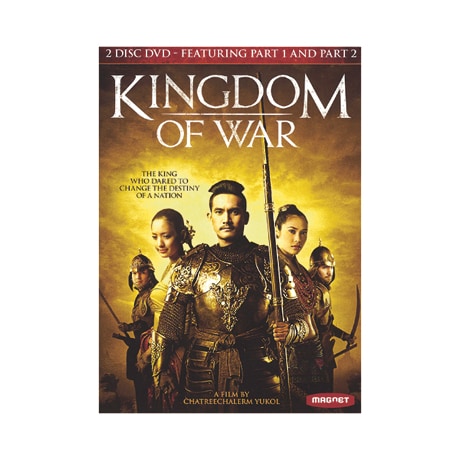 Following up his tragedy The Legend of Suriyothai, Chatrichalerm Yukol helmed this two-part 2007 epic, an account of Siam's 16th-century struggle for independence. Taken captive by the marauding Burmese army, young Siamese Prince Naresuan (Wanchana Sawatdee) is treated with compassion by Burma's King Bayinnaung (Sompob Benjatiku), and the boy learns the ways of Buddhism but also of war. Upon the death of the king years later, Naresuan—now a formidable warrior—is a key player in the power struggle for the throne, and the outcome could help him to free his native Siam. In Thai with English subtitles, these films mix palace intrigue with battle sequences on a grand scale. DVD extras include three making-of featurettes and a music video.