Here Is…. the Johnny Carson Show 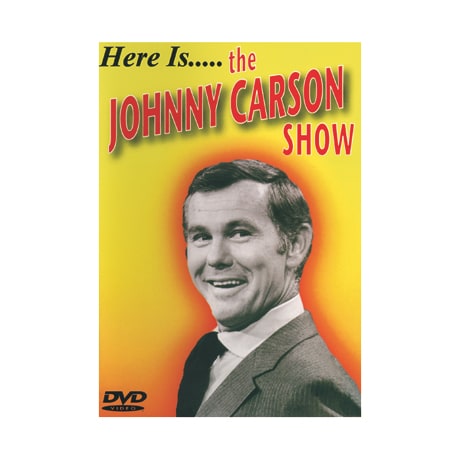 Here Is…. the Johnny Carson Show

Long before he hosted The Tonight Show, Johnny Carson was already a familiar figure on television, a free-ranging comedian; looking back on those formative years, this disc features a black-haired King of Late Night hosting two episodes from the 1955 Johnny Carson Show, perfecting his influential approach to monologues. On an episode of the quiz show Who Do You Trust? Carson is joined by Ed McMahon, while on The Jack Benny Show, Carson trades zingers with another master of comic timing. From 1972, Carson is in fine form in clips from The Tonight Show, appearing as Carnac and taking a sardonic approach to his endorsement of a beer company sponsoring the show.