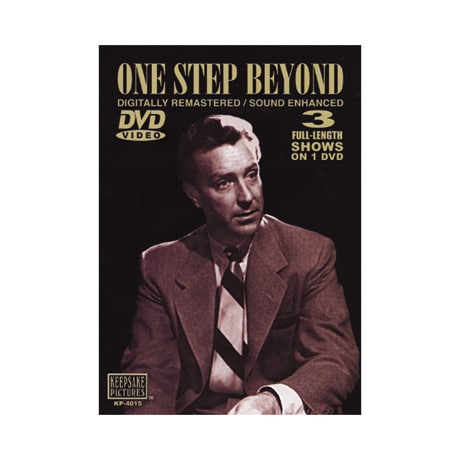 Exploring the world of the supernatural, this 1959–61 series benefitted from great casts and thoughtful writing; this disc collects three of the show's most memorable episodes. Classic horror writer Charles Beaumont scripted "The Captain's Quest," the tale of a couple (Robert Webber and Nancy Hadley) whose new home is still the domicile for a hostile seaman's spirit. In "The Clown," a man (Christopher Dark) who murdered his wife (Yvette Mimieux) is tormented by the image of a clown (Mickey O'Shaughnessy) whom she had befriended, while in "The Dark Room," Cloris Leachman is a photographer on assignment in the south of France, discovering that one of her subjects (Marcel Dalio) is the ghost of a murderer. Interestingly, despite a marked resemblance to the style and format of The Twilight Zone, this show debuted nine months before Rod Serling's iconic series.