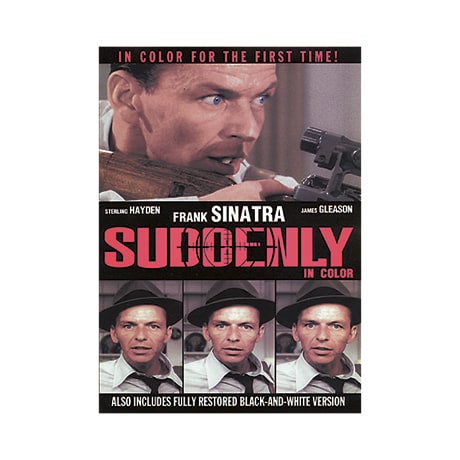 When the U.S. president is scheduled to make a train stop in the sleepy California town of Suddenly, the town's sheriff Tod Shaw (Sterling Hayden) is notified by a team of Secret Service men to make sure the area is secure. But three assassins, led by psychotic veteran John Baron (Frank Sinatra), get there first and take over the house overlooking the train station, holding "Pop" Benson (James Gleason) and his family hostage while waiting for the president to arrive. In this tense 1954 thriller, the sheriff is in over his head, and it will take a group effort to prevent a catastrophe. This edition includes the restored black and white version of the film as well as a colorized version.