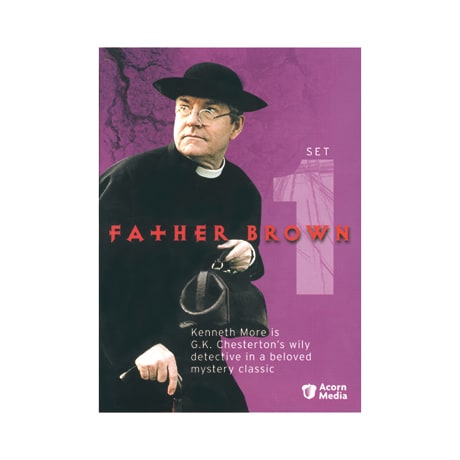 Don't let his kindly manner and apparent absentmindedness fool you: Father Brown is a perceptive and highly logical crime solver. Adapted for PBS Mystery! from G.K. Chesterton's classic tales and set in the 1920s, this 1974 series stars Kenneth More as the detective in a cassock, while Dennis Burgess portrays his friend, thief-turned-investigator Hercule Flambeau. In this set's "The Hammer of God," a debauched aristocrat is found murdered, and Father Brown discerns that everyone in the village had a motive; "The Oracle of the Dog" concerns a colonel who changes his will just in time to die under mysterious circumstances; and in "The Eye of Apollo," a woman falls prey to a charlatan's cult. Collecting the first seven of the series' 13 episodes, this set also includes "The Curse of the Golden Cross," "The Three Tools of Death," "The Mirror of the Magistrate," and "The Dagger with Wings."