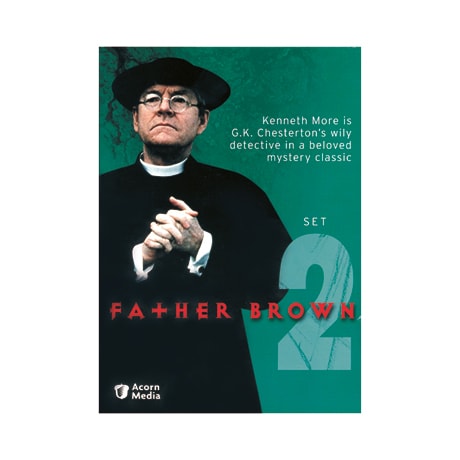 In these 1974 PBS Mystery! adaptations from G.K. Chesterton's classic tales, Kenneth More stars as the kindly, somewhat bumbling Father Brown, who is in fact a perceptive and highly logical crime solver; Dennis Burgess portrays his friend, thief-turned-investigator Hercule Flambeau. Featured in this set, "The Head of Caesar" is the story of a renowned coin collector's daughter at the mercy of a blackmailer, bringing Father Brown and Flambeau to her aid; in "The Arrow of Heaven," a valuable chalice is apparently under a curse; and in "The Man with Two Beards," the affable priest attempts to defend a beekeeper accused of being a jewel thief. Collecting the final six mysteries of the 13-episode series, this set also includes "The Secret Garden," "The Actor and the Alibi," and "The Quick One."