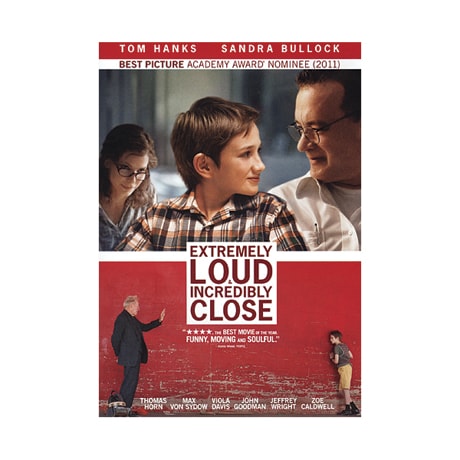 (Academy Award Nominee for Best Picture) Adapted from the acclaimed bestseller by Jonathan Safran Foer, this 2012 film unfolds from inside the young mind of Oskar Schell (Thomas Horn), an inventive, 11-year-old New Yorker whose discovery of a key in his deceased father's belongings prompts an urgent search across the city for the lock it will open. A year after his dad died in the World Trade Center, he is determined to stay connected to the man who helped him confront his wildest fears. Sandra Bullock plays Oskar's mother and Tom Hanks his father, while Max von Sydow—in an Oscar-nominated performance—portrays a mysterious, mute tenant staying in Oskar's grandmother's apartment.