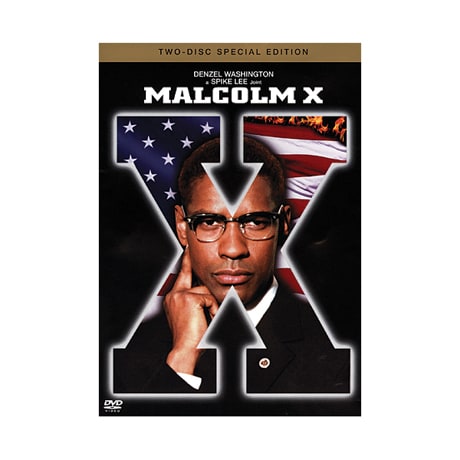 (Academy Award Nominee) Spike Lee's epic biography of Malcolm X (Denzel Washington) was nominated for two Academy Awards, including one for Washington, who was also the New York, Boston, and Chicago Film Critics' choice for Best Actor in 1992. The film follows the fiery civil-rights leader from his hedonistic early days as a zoot-suited hustler known as "Detroit Red" to his period of despair and depression while in a federal penitentiary to his life-changing conversion to Islam, pilgrimage to Mecca as Black Muslim El Hajj Malik El Shabazz, and emergence as a dynamic political leader. This two-disc Special Edition includes commentary by Lee, deleted scenes, a feature on the making of the film, and the Oscar-nominated 1972 documentary Malcolm X.