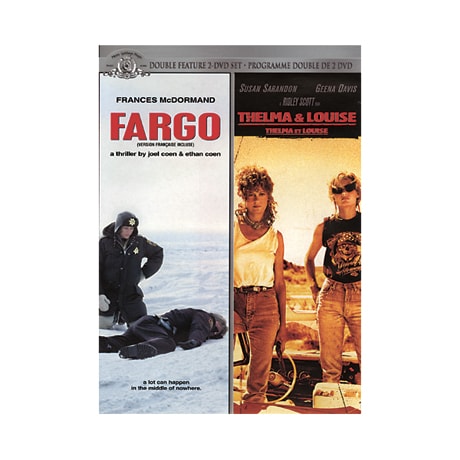 (Oscar Winners: Best Screenplay, Actress (Frances McDormand)/Fargo; Best Screenplay/Thelma and Louise) The Coen Brothers entered the mainstream with the 1996 dark comedy Fargo, a film whose off-kilter wit and much-imitated regional accents inspired the Emmy-winning television series; Frances McDormand carved her own niche in film history with her portrayal of the very pregnant police chief on the trail of two brutal but not overly bright kidnappers (Steve Buscemi and Peter Stormare). The 1991 drama Thelma & Louise stars Geena Davis and Susan Sarandon as friends who take a road trip to get away from it all, but find danger at every stop. In his breakout role, Brad Pitt makes a memorable cameo as a suave thief.