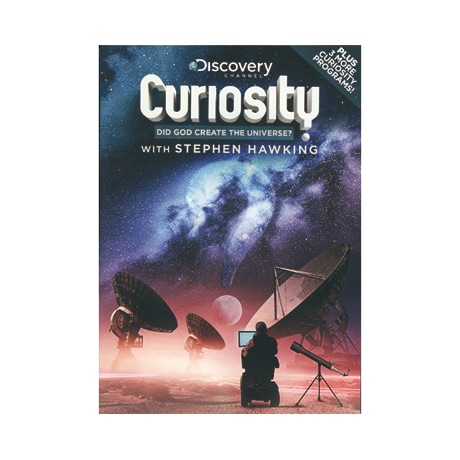 In the inaugural 2011 episode of this Discovery Channel series, cosmologist Stephen Hawking unfolds his compelling personal vision of the biggest question of all: who or what created the universe? Combining Hawking's witty, incisive commentary with cutting-edge computer graphics, this program aims to decode the mystery of the Big Bang. Contemplating the future rather than the distant past, Samuel L. Jackson hosts the episode "How Will the World End?" while Michelle Rodriguez depicts a very different sort of Armageddon in "Alien Invasion: Are We Ready?" Martin Sheen hosts "What's Beneath America?" while the bonus feature "The Creation Question" is a roundtable discussion between physicists and theologians.