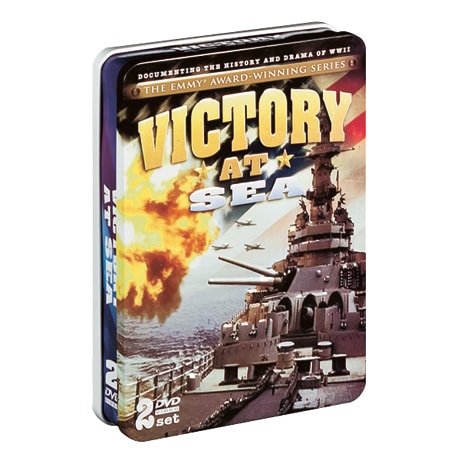 (Emmy winner for Best Public Affairs Program) In 26 thrilling half-hour episodes, the 1954 series Victory at Sea gives you a front row seat for the greatest sea battles of World War II. Edited from more than 13,000 hours of combat footage taken by Allied, German, and Japanese cameramen, the series covers every major naval engagement of the global war, from the attack on Pearl Harbor to the Battle of the Atlantic and every decisive battle of the Pacific, including Midway, Guadalcanal, Coral Sea, and Leyte Gulf. Even today a fixture on classical radio, the series' rousing score is by Richard Rodgers and Robert Russell Bennett.