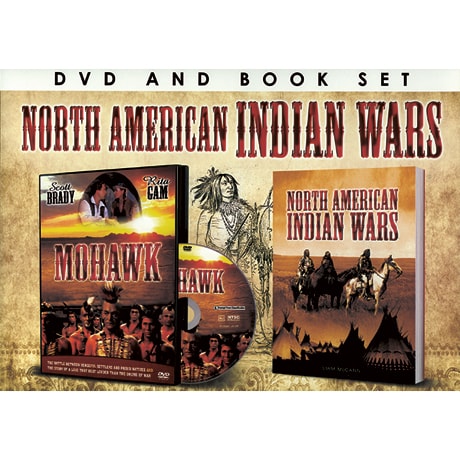 Taking an in-depth look at the conflict that defined the United States's westward expansion, this set includes the 1956 drama Mohawk, in which 19th-century painter Jonathan Adams (Scott Brady) falls in love with a chief's daughter (Rita Gam). When a land tycoon (John Hoyt) pits settlers and natives against each other, however, the lovers may be separated by a violent feud between their peoples. Also included in this set is the book North American Indian Wars—which includes 100 photographs and illustrations—a succinct account of the 300-year struggle for control of America nearly resulting in the destruction of its original inhabitants that describes such key events as the Seminole Wars and the Battle of Little Big Horn.